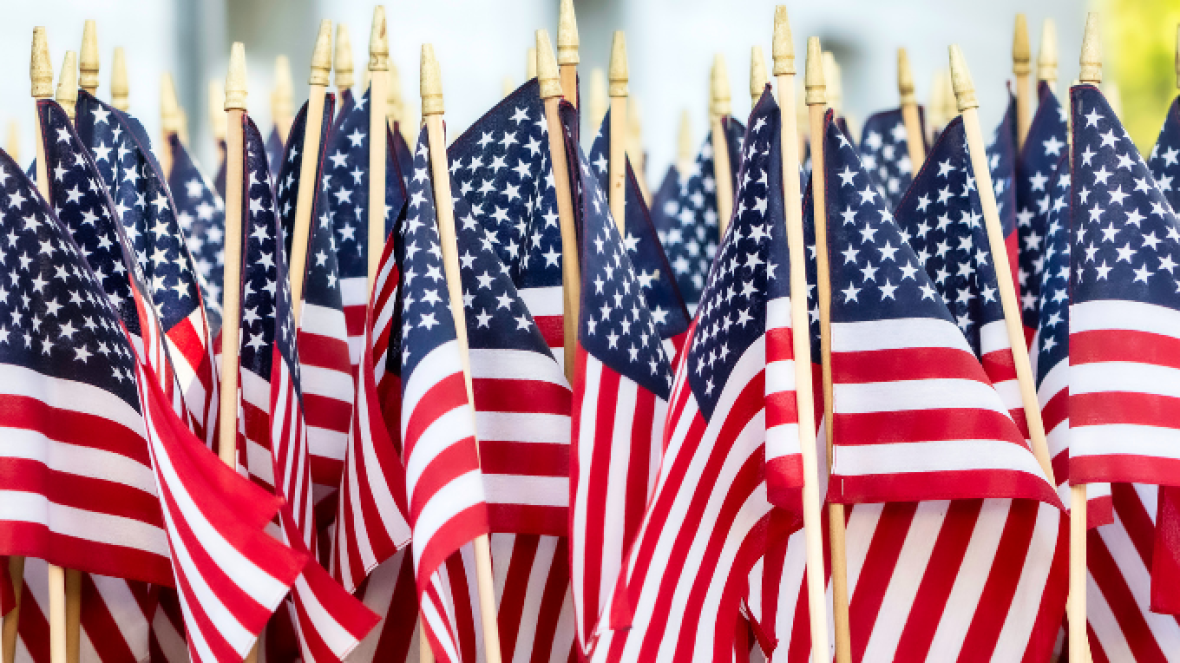 As we approach our nation’s 138th birthday, we asked Chris to give us a “status report” on what already happened in 2021, and to also give us some guidance on what we should be looking out for throughout the remainder of the year and 2022. Here is his latest update:

What happened in the first half of 2021?

As predicted, shortly after President Biden stepped into the White House, the President announced a COVID “special enrollment period” (SEP), allowing uninsured individuals who are not offered an affordable/minimum value employer plan to purchase an “individual” market plan through an Exchange created under the Affordable Care Act (ACA). Interestingly, and unexpectedly, the Department of Health and Human Services (HHS) followed up with guidance explaining that existing Exchange policy holders could also switch their current plan to a different “metal level” during the COVID SEP. Initially, the COVID SEP was scheduled to end on May 15, but not surprisingly, this deadline was later extended to August 15.

As also predicted, the Biden Administration and Congressional Democrats successfully enacted legislation that (1) increased the amount of money the government contributed toward an ACA Exchange plan in the form of a premium subsidy and (2) eliminated the income eligibility limit so people with incomes above 400 percent of the Federal Poverty Level (FPL) could access a premium subsidy for the first time.

Also of note was the enactment of six-month’s worth of subsidies for COBRA continuation coverage, fully paid for by the Federal Government. Additionally, Congress and the IRS continued to provide flexibility to employees contributing to their Health and/or Dependent Care Flexible Spending Accounts (FSAs).

The Biden Administration and Congressional Democrats have made it clear that they want to enact “Transportation Infrastructure” (e.g., Federal spending on roads, bridges, public transportation, and broadband), as well as social policy changes that the Administration has dubbed “Human Infrastructure” (e.g., two years of free college and pre-school, a national paid leave program, an increase to the child tax credit, and making the enhanced premium subsidies discussed above permanent).

While efforts are ongoing to enact Transportation Infrastructure on a bi-partisan basis (i.e., with Republican votes), Democratic leaders are undertaking efforts to enact the Human Infrastructure Plan through the “reconciliation” process (which only requires 51 votes to pass in the Senate) during the fourth quarter of 2021.

A Discussion of Health Care Reforms

At this point, Congressional Democrats have signaled that they would also like to add health care reforms to any “reconciliation” bill that is acted upon in the fourth quarter (e.g., reforms like lowering the Medicare eligibility age or creating a Medicare Buy-In Program, prescription drug pricing reforms, and expanding Medicaid).

Whether these health care reforms will remain in the forthcoming “reconciliation” bill when the final votes are tallied remains to be seen. An argument can be made that the Biden Administration and Congressional Democrats will only make permanent (or at least extend up to 10 years) the enhanced premium subsidies (discussed above), and the remainder of the health care reforms will be held out of the year-end legislation and used as campaign issues in the upcoming 2022 midterm elections. Only time will tell…

What should we expect throughout the rest of 2021?

In the second set of surprise medical billing regulations (due out by October 1, 2021), the Federal Departments are required to describe the “audit process” for determining whether the in-network median rate is determined correctly. In other words, the Federal Departments are supposed to explain to health insurance carriers and self-insured health plans how the Federal Government is going to “check up on them” to make sure that they are correctly determining the in-network median rate in a geographic area (in accordance with the first set of surprise billing regulations due out in July).

In the third set of regulations (due out by December 27, 2021), the Federal Departments are required to issue rules detailing how the Federally developed arbitration/independent dispute resolution process is supposed to work, along with how State surprise medical billing laws will apply in cases where a State has a surprise billing law in place.

A “Reconciliation” Bill in the Fourth Quarter

As discussed, I fully expect that the Biden Administration and Congressional Democrats will act on a “reconciliation” bill during the fourth quarter of this year. As a result, we all need to pay attention to policy changes like making permanent (or at least extending for up to 10 years) the enhanced premium subsidies (discussed above), along with a national paid leave program and Medicare expansion. There is even a chance that Congress provides more flexibility to employees contributing to their health and/or dependent care FSAs, which we’ll also need to keep an eye on (although these changes may not satisfy the “reconciliation” rules, so they may come from the IRS instead).

At this point, these proposed reforms have been limited to the Medicare and Medicaid programs. However, momentum is building to allow private health insurance (e.g., individual market and employer-sponsored plans) to also access prescription drugs that have price caps and/or prices that are negotiated by the Federal Government.

For example, beginning January 1, 2022, health insurance carriers and self-insured health plans are required to disclose their in-network negotiated rates for the medical items and services their plans cover on a public website. This will require health insurance carriers and self-insured health plans to come up with ways to provide this information to policyholders/participants, researchers, and regulators in a consumer-friendly way (and in accordance with guidance issued by the Federal Departments).

Every election is a pivotal election, and the 2022 midterm elections are no different. In short, there is a good chance that the Democrats expand their majority in the Senate due in large part to the fact that there are 20 Republican Senators up for re-election compared to 14 Democratic Senators. If you do the math, it equals some pick-ups for the Democrats. Add in the fact that there are some key retirements among Republican Senators from battle-ground states like Missouri, North Carolina, Pennsylvania and Ohio.

However, the Democrats may have a hard time holding on to the majority in the House of Representatives, due in large part to the Democrats’ slim House majority (currently only seven seats), along with the recent census numbers and re-districting.

If the Democrats lose the majority in the House, we’ll have split government (Democrats in the White House and the Senate, and Republicans holding onto the House). This would be significant because much if not all of President Biden’s and Congressional Democrats’ policy priorities will NOT be advanced in the last two years of President Biden’s first term.

However, if (1) the Democrats hold on to the majority in the House and (2) the Democrats expand their majority in the Senate, there’s a good chance that the Senate’s “filibuster” could be eliminated, paving the way for President Biden and Congressional Democrats to enact sweeping policy changes, including Health Care Reforms that could directly impact the employer-sponsored health system and private commercial insurance.

For more insight, hear from Chris and other health care policy thought leaders in the on-demand One Place Now virtual event, The First 100 Days and Beyond: A Look at Health Care Policy Under the Biden Administration. 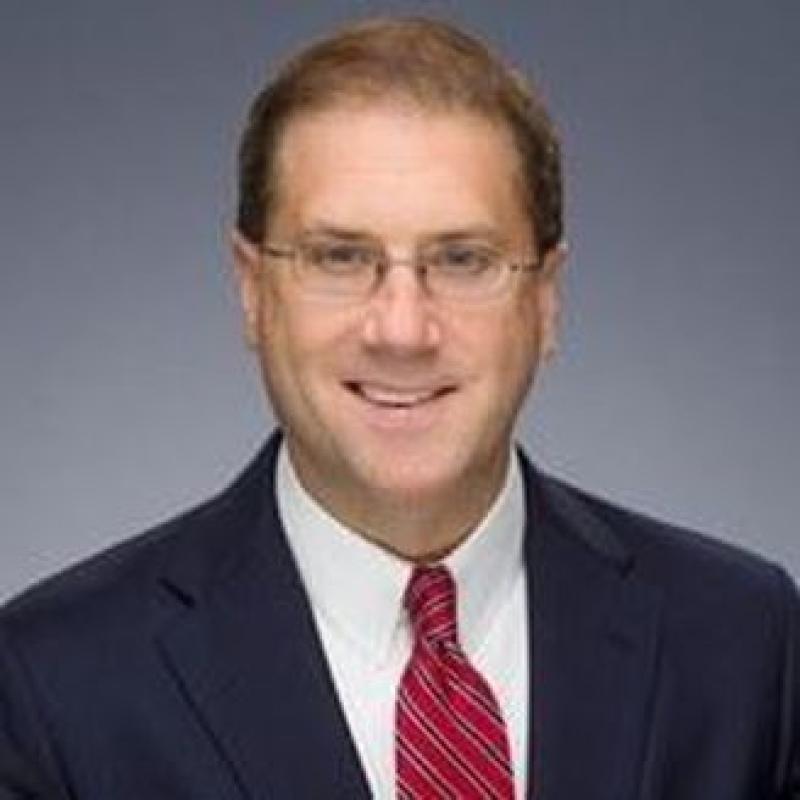